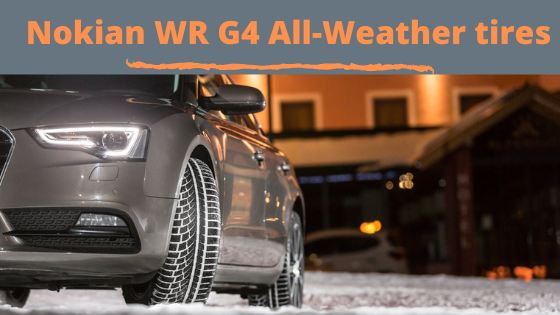 Studded tires are limited to winter use. This makes them less flexible than all-weather tires that are also rated for winter use. In fact, the all-weather tires hold the same “Three Peak Mountain Snowflake” emblem as winter tires, signifying that they have passed required performance criteria in snow testing, making them severe snow service rated. Winter tires exist both studded and as non-studded tires. Neither tires can be used in other season than winter with the laws governing the use of studded tires being stricter.  In fact, there are only 6 states in the United States that allow studded tires without restrictions, they are prohibited in 11 states, with other states allowing them with date restrictions. Even in the States where studded tires are allowed, it is very important to change out of studded tires after the winter.

There are several reason why studded tires can’t be used in other seasons than winter. First of all, they are not meant to be driven on asphalt as they can cause significant damage both to flexible and rigid pavement. The tires create ruts which fill with water and ice creating spray and hydroplaning. There have been many studies in the effects of pavement wear by studded tires which have actually led to the prohibition of studded tires in certain States. In addition, winter tires are not meant to be used in warmer weather as the softer rubber compound heats up and is unable to grip the road properly making for longer braking distance.

If you live in an area with severe winter weather with lots of hardpacked snow and ice then studded tires are the preferred choice of winter tires. This is because the main advantage of studded tires is the superior grip on icy and hard-packed snowy roads. The studded tires provide an additional level of grip because they are not just interacting with the road surface conditions; the studs penetrate frozen precipitation and dig in like miniature anchors. When you accelerate, brake, or turn on ice with studded tires you will have the combined advantage of the winter tire compound and the studs clawing into the ice, which will improve the grip and handling responsiveness. Areas where there are often sudden changing weather conditions, that often require chains, is also an area where studded tires are a real advantage. Areas with mountain ranges often experience ice and hardpacked snow as the sun does not reach the road with the shading from the mountains.

There is no doubt that in certain areas of the United States where they do experience severe winter weather that nothing outperforms studded tires. If you live in one of these areas, you might consider purchasing a second set of wheels with the same diameter as your current wheels to mount a set of winter tires. This way you can store the second set in the garage for a quick switch over when winter arrives.